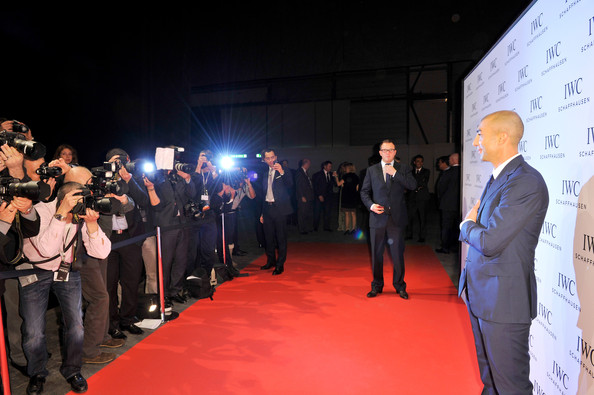 Just over three months on from his controversial sacking, Roberto Di Matteo has finally broken his silence and spoken about his time at Chelsea in an interview with Italian journalists.

As with any other recent victim of football’s revolving managerial carousel, Robbie had withdrawn completely from the public eye since receiving the boot in November.

There is little doubt that the board meted out a legal clause to keep him schtum, similar to the one that prevented Andre Villas Boas from addressing the club in the media after his dismissal until he took the reigns at Tottenham.

The 16th minute chanting in support of our former number 16 shows no signs of abating, and whilst Robbie made sure not to pass any judgement on his dismissal or the current incumbent who ousted him, he thanked Chelsea fans for their continued public displays of support.

‘I was pleased to hear the fans cheer my name after I left. It was love at first sight with the supporters the moment I arrived in London and I am sure that love will continue over the years.’

He also spoke about our European Cup triumph in Munich, and the enthralling three month spell that led up to it.

‘It was an incredibly emotional experience and a very difficult achievement.

‘I had three fantastic months on the Chelsea bench, but also tough, as we worked up to 18 hours a day to achieve our results.’

In addressing the ongoing Frank Lampard contract situation, Robbie indicated that he had advised our midfield talisman to consider a move to Seria A with Lazio, the club he played for between 1993 and 1996 before Ruud Gullit brought him to Chelsea as our then record signing.

‘It would certainly be a good choice for both parties. I`ve given him my opinion.

‘Lampard is a great player and a great professional, so I am certain he can play at least another two years at the top level.

‘I don`t know if he will join Lazio or not, but it would certainly be a good choice for both parties. We often talk and I gave him my opinion. At the end of the day he will make the decision.’

Linked to numerous roles in the press over recent months, Robbie was non-committal in speaking about his managerial future in the game.

‘Have I had any contact with Italian clubs? I prefer not to talk about this, as I have a great deal of respect for the current coaches. In any case, I won`t hide that I am very happy with what Lazio are doing in Serie A.’

There can be little doubt that Robbie’s unjust dismissal derailed our season on the domestic front, and a lesser man might have been tempted to aim a barb at the manager parachuted in by his former boss to right a supposedly wayward ship.

Robbie, however, maintains his class and reputation as one of the games true gentlemen.

One Di Matteo; The question is, will we ever have another gaffer like him?